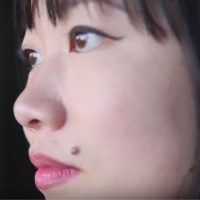 Can you tell us a little about yourself?

I’m a Melbourne-based actor, writer and producer. I was adopted from South Korea at 4 years old from a town outside of Busan, and I grew up in Mt Gambier SA.

I am a committee member of Korean Adoptees in Australia Network (KAIAN) and work closely with Permanent Care and Adoptive Families (PCAF) on various initiatives.

Can you tell us about your experience as a PASS client with Relationships Australia SA?

My experience with RASA has continued to grow stronger over the years. The main reason is because of my relationship with my social worker Su.She is an incredible support and resource for myself and for adoptees all over Australia. The trust that she fosters is something that is rare to come across in regards to adult adoptees and adoption-related organisations.

How did the “Adoptee Voices – Women of Melbourne” web series come about?

This web series is a project I had been thinking about since the start of 2016. After talking and working with so many inter-country adoptees over the years, I was inspired to film interviews with adoptees sharing their experiences and opinions.

The adoption communities in the US, Korea and Europe are more established and their voice is strong. I have found various YouTube clips and other digital content of their experiences as adoptees, but came across virtually none on Australian inter-country adoptees.

I wanted the videos to appeal to my generation and not to be too ‘institutionalised’ or ‘educational’ but reflect the voices and energy of adoptees in their 20s and 30s.

To take on the project alone seemed daunting and I had never done anything like this before – I am used to being in front of the camera! When I met Jaz Blum, a fellow Korean adoptee and photographer, I knew that I had found a perfect partner. Not only has she a brilliant eye and creative vision but she is also a gorgeous human being and we have become good friends.

What is your role with the web series?

Creator, producer, camerawoman, editor… the list continues. Jaz and I shared the load and did a bit of everything during this project!

Have you had any response from other adoptees who have seen the series?

We have had such a huge response from adoptees from Australia and all over the world. I have had Facebook and Instagram messages from so many adoptees telling me how happy they are to have more adult adoptee stories and voices out there and love the format of the videos. The support and interest has been overwhelming, from adoptees but also adoptive parents and the general public.

What are your plans for the series? Are you producing more episodes?

We would love to do more instalments and expand this project, both in its scope and production values. We have spoken about doing a series on inter-country adoptee men, kids and teens of Melbourne as well as venturing into other states and telling their specific experiences. I would love to go to Korea and follow adoptees as they search for the birth parents, or follow adoptees already connected with their birth families as they continue to try to build a relationship with birth parents.

To find all episodes of Adoptee Voices – Women of Melbourne, click here.