You are here: Home > Without Consent reveals the truth of Australia’s past
Posted on April 2, 2015 in Latest News 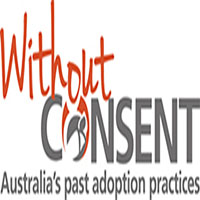 The exhibition was opened on Monday 30 April by former Prime Minister Julia Gillard who, in 2013, offered a National Apology to the many thousands affected by forced adoption. It is estimated that 250,000 adoptions took place; a significant number were forced adoptions. The mothers who had their babies taken were unmarried and often forced to live a lie for decades. For some, it was a secret they took to their graves.

‘The practice of forced adoption was and is illegal. People suffered physical coercion and emotional manipulation. Informed consent was not given by mothers and fathers; these adoptions were without consent.

‘I believe this exhibition is a tribute to the courage and generosity of those who volunteered to share their experiences and, in doing so, exposed this previously unknown aspect of Australia’s history.

‘Without the voices of those affected, our nation’s history would rely totally on institutional records that show nothing of the human anguish such practices caused.’

Mr Fricker said he hoped the exhibition would show the truth – that the babies taken for adoption were dearly loved and wanted by their parents. One letter in the exhibition, from a mother to her son, read ‘I loved you so much it hurt, and I loved you much more than I loved myself; that was why I was prepared to sacrifice my happiness for yours’.

The exhibition opening at the National Archives of Australia in Canberra was live streamed to Archives offices around the country and shared with stakeholders marking the occasion in other capital cities.

Without Consent is on at the National Archives in Canberra until 19 July 2015.

At Relationships Australia South Australia, our Post Adoption Support Services provides support to those whose lives are affected by adoption, and can be contacted on (08) 8245 8100