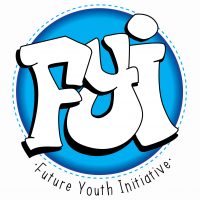 Ben and Lauren* have both been involved with Future Youth Initiative. Read or have a listen below to learn more about their experiences!

I was 18 years old when I first started with FYI through the FLO program. The last time I had attended mainstream school was when I was 14, I stopped attending because my social anxiety and stress was overwhelming me to the point where I was physically sick and crying every morning before school.

I had no friends, I was being bullied almost every day, and I felt I had no support from the teachers and that no one really cared that I wasn’t coping, and that they didn’t even bother to try and understand my problems.

I had tried to receive support from many different services and programs over the years, but I never felt like they really took the time to understand my issues and none of them ended up working out for me. Because of my past experiences, I was pretty disheartened and not expecting much.

When I first started on the program, I was dealing with a lot of problems at home. My depression and anxiety were taking over my life and I didn’t talk to anyone outside of my close family. However, my experience with the FLO program and working with Relationships Australia was a big improvement from the support I had received from services I’ve been with in the past. I felt like I was really listened to and given the opportunity to do things at my own pace, rather than being pushed into something I wasn’t ready for.

I had the opportunity to socialise with young people in smaller, more comfortable groups at The FYI Hub, rather than in huge classrooms. I felt I could relate to them more than the students at the high school I attended, as they were going through similar circumstances to my own with their difficulties in attending mainstream schooling.

I had the opportunity to gain work experience through the FYI Cafe program and help out in the community, as well as the various other group activities that were run.

I feel that the FYI program and my case workers have helped immensely in my progress to becoming an independent adult, not just in schooling but within myself.

I feel more confident and able to deal with issues that would have overwhelmed me in the past. My case workers were able to help me with my day to day goals, as well as the big picture ones. Even just getting out of the house and going for a coffee and chat or a walk on the beach with my case worker made me feel a lot better and slowly helped to ease my social anxiety.

School has always been something that is very daunting to me and caused me a great deal of stress and anxiety, and I never believed I would have come this far. Through the support of FYI and my case workers, I’ve managed to get back into schooling and complete a TAFE course, as well as several independent courses in the field of my interest.

With the support and understanding of my case workers, I have achieved more than I ever thought possible of myself. I’m 22 years old now, living independently, and this year, I’m starting my university degree, which is something I have been dreaming of pursuing for years and never thought I would have the opportunity to do.
I’m immensely grateful for all the support I have received over the years and I would recommend this program to any young people who find themselves struggling and without adequate support.

*Names have been changed