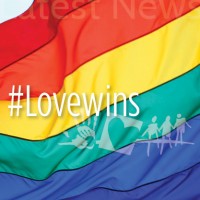 Australian supporters of marriage equality celebrated the historic ruling by the Supreme Court in the United States when it declared state bans on same-sex marriage unconstitutional.

“Marriage is essential to our most profound hopes and aspirations.”

“There is no difference between same- and opposite-sex couples…”

After the ruling, the United States and the world erupted in celebrations and the rainbow could be seen from the White House, to social media profiles to major company logos.

Public attitudes in Australia toward gay marriage are reaching new heights of acceptance, and Relationships Australia South Australia welcomes the building of support for same-sex marriage in both Houses of the Australian Parliament.

As an organisation we believe that marriage equality is in the interests of the Australian community, especially if we want to show our support for a fair and just society. Society will be enhanced once we remove the current discrimination that stops gay and lesbian couples from becoming legally married.