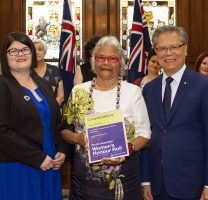 Held biennially, the prestigious South Australian Women’s Honour Roll recognises South Australian women who have made an impact at a local, national, or international level. The 2017 Honour Roll highlighted the diversity of the inductees from a wide range of cultural backgrounds, and the particularly strong presence of Aboriginal women, who have made remarkable contribution.

Among those awarded were Practice Manager Aboriginal Services Joanne (Jo) Willmot, a widely respected Woka Woka woman from Queensland who has lived in Adelaide for more than 40 years. Jo is a committed advocate for cultural awareness. Her influence in this role has led to the development of programs within Relationships Australia SA specifically designed to support the professional development, career pathways, and cultural safety of Aboriginal and Torres Strait Islander staff. Jo has also developed the Institute’s locally and nationally adopted Cultural Fitness training program.

RASA’s former CEO Judith Cross was acknowledged as a strategic community leader who has demonstrated the ability to think progressively about service provision within the community sector and drive the development of innovative programs and services. Judith’s commitment to cultural inclusion also saw her embed an appreciation and value of diversity into RASA at an organisational level, including mandatory Cultural Fitness training for all new staff.

The Aboriginal women acknowledged on the SA Honour Roll were:

Penny Bonner, a proud Ngarrindjeri women and respected Elder who has worked with many local Aboriginal organisations to support and uplift the members of her community, as a talented and generous mentor;

Christine (Chris) Egan, a Ngarrindjeri and Gurindji woman who has worked throughout her life promoting human rights, particularly for Aboriginal and Torres Strait Islander Australians, as a devoted community leader;

Dr Alitya (Alice) Rigney PSM, an elder of the Narungga and Kaurna Aboriginal Nations who was the first Principal at Kaurna Plains School in 1985 and the first Aboriginal women to be a Principal of a South Australian school, as a strong advocate for Aboriginal education;

Maureen (Mima) Smart OAM, a respected member of the Yatala and broader South Australian community, as a tireless advocate for her community, particularly dedicated to the Aboriginal community;

Faith Thomas, an Adnyamathanha women born in the Nepabunna Aboriginal mission in South Australia, as a pioneer for Aboriginal women in sport;

Patricia Waria-Read, a Ngadjuri woman from the Mid North region of South Australia with extensive experiences of working with Aboriginal women in the community, as a strong community leader.

Congratulations to all of the women included in the 2017 Honour Roll and thank you for your amazing involvement and positive influence in the South Australian community.

For the full list of women honoured, please visit here. 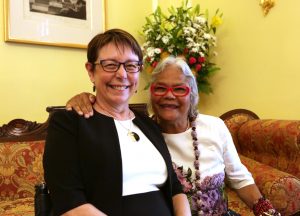 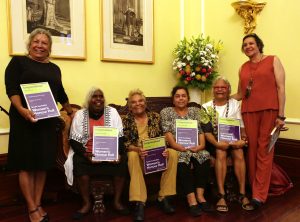