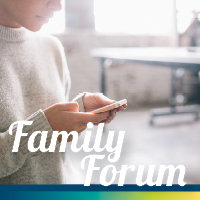 A reader is worried about the amount of time her teenage son is spending playing computer games.

Like most teens, my son has been into video games – or ‘gaming” as it is referred to now – for many years. He is 15 going on 16 and we have less influence on him now. I am very concerned about the time he spends on gaming. He will spend hours a day on it and weekends. If we try to reduce or stop his screen time he unleashes a huge tirade. He has started to miss school to get more gaming time in. He is even doing games for other friends, for money, so they can progress in the game. I’m concerned that this is becoming an addiction or at least out of his control. What should I do?

Although not officially recognised as a disorder, the phenomenon of ‘video game addiction” is becoming increasingly prevalent among both adults and young people.

Video game addiction is considered to be an excessive or compulsive use of computer games that interferes with everyday life.

It may present itself as voluntary social isolation, reactive mood swings, diminished physical activity and focus on in-game achievements to the exclusion of other events in life. Basic activities such as eating and sleeping can be affected.

Although your son may deny his addiction, his ‘tirades” are sufficient proof that it is indeed a problem.

Part of the problem, especially for younger people, is the sense of achievement and success that can be gained from excelling at a particular game. They will often describe themselves as gamers as a way of self-identifying with a particular lifestyle.

As with many addictive conditions prevention is better than cure so intervening early with younger children is highly desirable. This does not appear to be an option for your son. Treatment cannot usually commence until a person recognises they have a problem. This will limit your options.

As a parent you still have the right to demand appropriate behaviour from your son. This includes participating in family life and if necessary placing controls on internet access, for which presumably you are paying the bills. In extreme cases parents have been known to forego the use of the internet themselves and cancelled their service.

This would create some short-term anger and distress but may have a positive effect in the longer term.

However, it is important to ensure all are kept safe.

Try focusing on the solution instead of the problem such as encouraging him to maintain involvement in regular activities, giving less time for gaming. It is important to get some professional support for yourself and if possible, your son, as experience with other forms of addiction demonstrates the difficulty in overcoming them. Try the Child and Adolescent Mental Health Service, a free community-based mental health service provided through SA Health’s Women’s and Children’s Health Network (wch.sa.gov.au/camhs).

Another helpful organisation is headspace (headspace.org.au), an initiative of the National Youth Mental Health Foundation. Referrals can be made by calling 1800 063 267 from 9am to 5pm Monday to Friday.

You may wish to start by talking to your GP, who may suggest a referral to another mental health practitioner.

Relationships Australia SA has developed Take Control which aims to support gamers whose gaming has gone from fun to harmful.