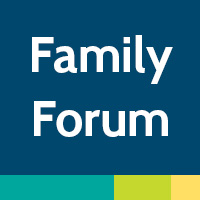 A reader asks how the stresses of war change cognitive function

I’m hearing a lot about PTSD (post-traumatic stress disorder) in the media. The other day I heard that PTSD actually changes a person’s brain structure or cognitive functioning. Is that correct? Could you please explain from a neuroscience perspective?

I’m also interested in the emerging treatments for this condition. What are the latest treatments available?

Post-traumatic stress disorder is not just a disease of the mind – the underlying neurobiology of the brain is significantly disrupted.

In the early stages this can be documented as disruption of the connection between different brain regions that are important to controlling reactivity and emotion. These regions, which sit in the front of the brain, are called the executive functional regions and are underactive in PTSD.

There is also evidence that certain regions of the brain, due to the hormonal and inflammation effects of stress, decrease in volume. In the longer term this is manifest in the increased risk of dementia in veterans who have had PTSD.

Also, a study of police has shown decreased brain volume in those with PTSD and that this is also related to the number of high-traumatic exposures they have had.

Certain regions of the brain such as the hippocampus and amygdala are also particularly vulnerable to the effects of stress. Interestingly, one study showed how antidepressant medication increased the volume of the temporal lobes in those with PTSD. Hence, these medications may work by increasing the connectivity of brain regions that have been adversely affected by stress.

Importantly, PTSD is associated with significant disruptions of immune, inflammatory and stress systems: it is a disease of the mind and body.

Since interest in PTSD re-emerged in the aftermath of the Vietnam War, there have been few advances in its treatment. The backbone effective treatments remain cognitive behavioural therapy and antidepressant medication.

However, a significant number of people have gained little benefit from these interventions, particularly those who have had multiple stress exposures and have been unwell for a prolonged period of time.

There is a considerable need to develop a range of more effective treatments. Areas that are currently creating interest are transcranial magnetic stimulation, neurotherapy and the use of various medications to modify memory in the process of the cognitive behaviour therapy.

Transcranial magnetic stimulation is a form of treatment that aims to increase the activity of regions of the brain that are underactive in PTSD. These treatments have been trialled with success in depression.

Neurotherapy is a form of biofeedback training. The connectivity of regions in the brain and the basic rhythmic function, as measured by EEG (electroencephalogram), has been shown to be atypical in PTSD. Neurotherapy aims to correct these abnormalities with real time monitoring of an individual’s activation patterns, which are fed back to the individual and can be modified. Certain compounds are being trialled to see if they can augment cognitive behavioural therapy. These modify the accessibility of memory and influence the degree to which a fear memory can be modified. To date these treatments are experimental and insufficient evidence exists to make recommendations about their widespread adoption.

A good example where scientific evidence supports an approach that was initially treated with scepticism is rapid eye movement desensitisation (EMDR).

The US Department of Defence is spending $45 million researching biomarkers that can then be used for developing drugs that target the neurobiological abnormalities.

– Answer prepared by University of Adelaide psychiatry Professor Alexander McFarlane, who is the Director of the Centre for Traumatic Stress Studies.