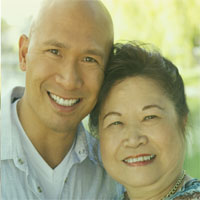 A survey conducted by Relationships Australia has found that only five per cent of female and eight per cent of male respondents have written an end of life plan or advanced care directive to guide their family and medical professionals.

“It is deeply concerning to see that such a small minority of survey respondents have developed an end of life plan,” National Executive Officer of Relationships Australia, Alison Brook, said.

Nearly 2,000 people responded to the online survey, which was available on Relationships Australia’s national website throughout May 2016. The survey asked respondents how comfortable they felt discussing death and dying, whether they had planned for end of life care, and whether they had discussed their wishes with their family and friends.

The online survey also found that 40 per cent of female and 35 per cent of male survey respondents had spoken to their family and friends about the care they would want at the end of their life.

“Expressing your end of life wishes with the people close to you is important. If we’ve told people what we want prior, there is a better chance that our wishes will be understood and honoured should an event occur,” Ms Brook said.

The survey results align with a report into palliative care conducted in 2012 by the Australian Government which found that failure to talk about and plan for death is one of the most significant obstacles to improving the quality of dying.

The results are also supported by previous research conducted by Relationships Australia, which showed a significant minority of male and female respondents (males 15%, females 16%) indicated they were worried their family would fight over end of life decisions, including their aged care.

For a twelve month trial period, Relationships Australia are offering ‘Elder Relationship Services’, a counselling and mediation support service that assists families to have conversations related to ageing, including planning for the future.

“Elder Relationship Services supports families to navigate their way through the often complex issues related to ageing,” Ms Brook said, “The service can offer guidance on a range of topics from preventing family conflict to organising medical, health, financial, or living arrangements for people as they age.”

To read the full report of the May 2016 survey results, please click here.