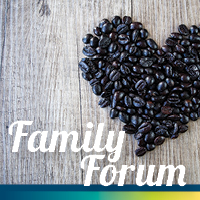 A reader worries about her grandchildren after psychologist’s reports appear to be ignored.

How much weight does a psychologist’s report hold in family law in this state? Federal Court judges seem to pay no attention to these reports. My grandchildren had two reports done by a leading Adelaide psychologist over 12 months, each recommending that the children spend more time with their father. An independent children’s lawyer also reported that this should take effect immediately.

At court, the judge said she was in charge, and totally disregarded the reports. She wouldn’t allow more time with the father.

I find it reprehensible a judge can disqualify these reports, regardless of the effect on these children. They have moved house many times and now live with another male and his children. I worry for the psychological damage this is doing. How can a judge be more qualified in the field of psychology than a person whose specific field is child psychology?

The judge is not more qualified in the field of child psychology, but experienced in receiving evidence from psychologists and considering this among other forms of evidence.

Matters that come to the attention of the judge include the views of the mother and father and, often, an independent children’s lawyer. Allegations made by both parties can be tested and determined in court.

The outcome may have an impact on the weight given to a psychologist’s report. The report is based on interviews and observations by the psychologist, who must listen to each parent but who cannot determine the truth of the matter. The judge is in a unique position to hear from all parties and take into consideration various facts that may not be known to a psychologist.

Psychologists’ reports carry considerable weight. Sometimes they are the only independent evidence available to a judge. There may also be matters known to the judge that the psychologist could not possibly know.

The children’s views are important, but they alone may not be determinative. The judge would not lightly discount the views of an experienced psychologist and if that has occurred there may be a reason.

If it is possible for you to maintain a relationship with your ex daughter-in-law and grandchildren during this stressful time, this could be very useful to everyone. Perhaps you could express your hope to maintain regular contact with the children and offer to help. Let her know you are not taking sides, that you care about the children and care about her.