You are here: Home > Goundbreaking research for screening and responding to family violence
Posted on February 28, 2014 in Research & Tools 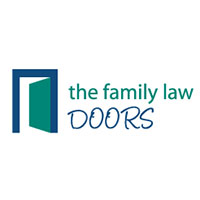 Identifying and managing safety risks in separated families: It is everyone’s responsibility

The Family Law ‘Detection Of Overall Risk Screen’ (known as the DOORS ) is a risk screening tool (McIntosh, 2012) that assists separating parents and family law professionals to detect and evaluate wellbeing and safety risks that family members may be experiencing after separation, before risks escalate, get out of control or end tragically.

It is the first tool in the world designed for coordinated use by every professional in the family law and related helping professions. The intent is to notice and enhance the security of all family members as they navigate the family law system.

Analysis of the first 600 DOORS cases reveals critical information about separated parents and their children, the risks they face, and why. When parents attended a post separation support or dispute resolution forum:

“We know that women and children are at elevated risk of violence from their former partner or father during a highly acrimonious separation, when combined with mental health problems, or drug or alcohol abuse. We now know how to spot many early signs of risk, how to come alongside parents at risk of being harmed and parents at risk of harming. The DOORS will enable sharing of responsibility for screening and supportive, coordinated action”.

“The DOORS reveals red flags for practitioners to follow up on, and supports them to engage with clients, to ensure that risks are detected and to respond early, before things get out of control.”