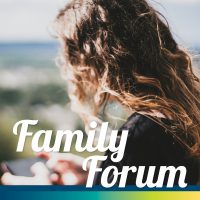 My ex-partner and I bought a house together, were engaged and then split up for a while when I moved out and rented a house. We have not settled financially and we are considering reuniting, but before doing so he would like to have a “prenup”.

When we got together, we both had equity in our own properties. I was made redundant and he propositioned me to take time off work to renovate a big old house. I was reluctant. We considered refinancing our individual houses to buy and renovate but he did not want us to do that. I had suffered a huge financial injury in my previous marriage.

The renovations have caused a lot of stress and I left a few years after we purchased the house. He claims as he paid the mortgage repayments alone for much of that time while I was studying as well as renovating, means that I am not entitled to 50 per cent anymore. He wants me to agree to a figure and have a contract drawn up.

The solicitor I saw advised “discovery” would have to be in place, whereas he claims his lawyer says it does not and that agreeing on an amount adjusted for CPI and the housing market is preferable to a percentage. I would love a third opinion from Family Forum.

The agreement being discussed is known as a Binding Financial Agreement. As such, it must be signed by the parties and their respective solicitors must execute certificates that verify that each client understands the advantages and disadvantages of signing such an agreement and its effect on the client’s rights. It is difficult to see how such an agreement can be certified if there has not been financial disclosure or discovery.

There are two aspects to your rights in signing the agreement, assuming you are going to reconcile. You need to ensure firstly that you have been properly compensated for your prior contributions, financial and otherwise. You need also to ensure that you receive an appropriate share of the future property and financial resources, including superannuation. It is important to ensure that these matters are addressed.

The effect of the agreement will be to prevent all future claims in court after it has been signed. The purpose of such agreements is to keep such matters out of the courts altogether. There are limited grounds on which such an agreement can be challenged later.

The signing of such an agreement is a huge step, given that it is meant to govern the rest of your life with all its unexpected events and circumstances. You should consider carefully your position before signing.