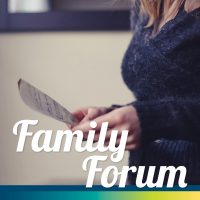 A sister trying to minimise verbal abuse at a family funeral.

What can I do legally about my older sister’s verbal abuse if I want to attend my mother’s funeral? I am the youngest of three by some years, with an older sister and brother.

Our father died at 71, many years ago. I realise that I was bullied and shamed about my weight, my “attitude” and various other things from a very young age. This resulted in me being anorexic and suicidal as a teenager. I received psychotherapy as an adult to assist with these issues.

I’m no longer on speaking terms with my aged mother, who lives alone but receives a lot of help from my brother. I attempted to reach out to her during Covid last year, but received a card back stating vehemently that she didn’t want to see me. She occasionally calls my husband at his work, and we send her Mother’s Day cards as appropriate.

Without going into details, I realise she may die soon due to her age and physical health issues. My sister made derogatory comments about my looks at my mother-in-law’s funeral. Given the situation, could I get some type of legal restraining order on to her, stating that she not approach me or my family at my mother’s funeral?

The law provides that an intervention order may be granted where a person suspects on reasonable grounds that another person will commit an act of abuse, which incorporates physical and psychological abuse including derogatory taunts.

To get an intervention order from a magistrate’s court you need to make an application supported by a sworn affidavit from you. If the court makes an order, it will be an interim order to be confirmed at a later hearing. You then need to serve the court documents and interim order on your sister.

She has the right to appear in court at the next hearing and state whether she opposes the order. If the order is opposed, there will then be a contested hearing at which the magistrate will hear evidence from both parties.

It is also possible that you will be required to attend a pre-trial conference prior to this. Clearly, obtaining such an order is a drawn-out process. Police may take out an interim order on your behalf but this is unlikely if there is no immediate threat of physical violence.

The panel believes it is unfortunate you feel the need to consider such an order. You should consider that this action may escalate the situation and be used by your sister as evidence that her criticisms are valid.

It may be more useful to develop effective responses to her bullying attempts. Rather than address the content of her criticisms, it is often more helpful to address the process. You could respond with statements such as: “You are embarrassing yourself in front of others by your attempts to embarrass me”, or “Your insults tell people more about you than they do about me”.

You could also address the issue obliquely by saying to a third party a statement such as: “It is interesting that people who feel bad about themselves often try to deflect attention on to others” or words to that effect.

Standing up to a bully can be an effective strategy in the right circumstances, rather than trying to avoid them. If you do not feel confident about developing this type of response you can get support from a psychologist or counsellor who can help with your anxiety and practise how to effectively respond to bullying