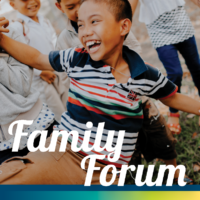 Ex-husband scarcely acts as a father to our five-year-old son.

My ex and I still live in the same house and have a five-year-old son together.

Due to financial circumstances and the fact my grandmother moved in after my grandfather passed, we can’t leave.

My ex has never been an active father and has always put himself (and his parents and sister) before us. Even when my son was hospitalised with breathing problems, I was alone because he needed to sleep.

He ignores his son and usually just plays his phone or computer games. But he likes to have my son visit his parents. On Father’s Day he prefers to go out with his own dad but now, because they want photos for social media, they want to take my son too. Now it’s sleepovers.

I am furious that I have raised him and begged my ex to be a part of his life, but as soon as his parents speak to him behind my back he pretends/acts fake and overly loving to get him over to their house!

I would like to have sole custody or some arrangement but do not know what to do.

Relationship breakdown is frequently difficult, even more so when a child or children are involved. However, your letter suggests you carry a high level of anger and resentment towards your former partner. The Panel agreed that it is conceivable that former partners can live together after separating but considered it unlikely to be sustainable in the circumstances you describe.

In order to obtain “custody” or what is now known as a Parenting Order from the Family Court, you need to be able to clearly demonstrate several things. Firstly, you need to convince that Court that you and the person acknowledged as the child’s father are separated and no longer in a relationship (married or de facto). If you can clearly demonstrate that both parents agree to a proposed living arrangement for the child, then the Court can issue what is known as a Consent Order to formalise it. The Family Law Act requires that parents attempt Family Dispute Resolution or mediation if it is assessed as appropriate, before making an application to the Court.

In all aspects, the brief of the Family Court is to act in what they consider is the best interests of the child. The outcome of a trial may not please either parent. And the process is usually costly, so it is generally desirable that parents should try to agree before it goes this far.

It seems most unlikely that any real resolution of the parenting issues will be achieved until one of you leaves the home. As things stand you have what appears to be an unhappy co-parenting arrangement.

Your letter does not indicate who owns the house and how any assets may be distributed. However, in the Panel’s experience, it is considered improbable that the Family Court would make a Parenting Order for sole parenting rights in the circumstances you describe. Further information can be obtained from the Family Court website (familycourt.gov.au).

It is strongly recommended that you seek advice from a lawyer who specialises in family law. Many lawyers offer a free initial consultation in matters such as you describe.