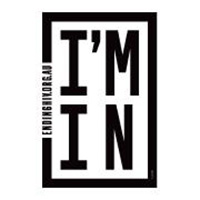 You’re invited to mobilise in support of the most significant advance against HIV since the introduction of HIV treatments nearly 20 years ago. It’s about ending HIV: 2020 marks the end of the decade and it can also mark the end for new cases of HIV in Australia.

The aim of the campaign is to encourage gay men and men who have sex with men (MSM) to commit to ending HIV through 3 simple steps:

Join us at 6:30pm in Victoria Sqaure to help launch the campaign at Pride March on 15 November 2014. The march will travel from Victoria Square to Hindley Street and will be followed by a street party to celebrate the launch of Feast Festival. Gay Men’s Health SA will also spread the Ending HIV message several Feast Festival events, including Picnic in the Park and the Plunge Pool Party.

For more information about the campaign, watch the video below or visit www.endinghiv.org.au.