You are here: Home > Elevating the Heart of the Hills
Posted on June 23, 2016 in Latest News, Communities 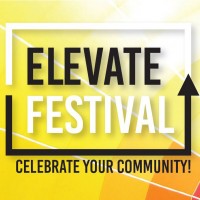 An estimated 500 people flocked to the Adelaide Hills’ town of Gumeracha to enjoy an inspiring program of live music, interactive workshops and entertainment at Relationships Australia SA’s Elevate Festival on the 27 February, 2016.

The festival theme of “elevating” our relationships, with partners, family, community, the environment and ourselves, was celebrated in glorious February sunshine amongst the stunning gum trees of Federation Park.

Other highlights of the day included the announcement of Sophie as a South Australian Neighbour Day ambassador, the incredibly popular and energetic Bubble Soccer, provided by Hills Connected Communities, and the launch of the Elevate Film Competition.

To view photos from the Elevate Festival click here.

In the weeks that followed the launch of the Elevate Film Competition at Elevate Festival, participants eager to create offerings for the competition attended workshops in Claymation and live-action filmmaking. The workshops were run by Hills Connected Communities, and hosted by GooRoo Animation and Ink Pot Arts.

A total of 20 films were entered into the competition. All films were based around the theme of “Our Neighbours”. After an intense judging process the final screening and awards presentation was held in the quirky and welcoming space of the Mount Barker Town Hall.

The addition of an old-style popcorn making cart, ably staffed by Counsellor Ron Ellis, added a special charm to the day, and the newly upgraded media facilities made viewing the films a visual treat.

And the winners were: