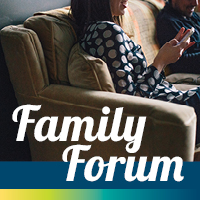 Is smoking cannabis (marijuana) during pregnancy safe? Find out more…

My sister is four months pregnant and smoking marijuana on weekends with her family and friends. I am really worried that marijuana may be as dangerous to the unborn baby as alcohol is. Surely if tobacco contributes to low birth weight and a host of other problems for baby, then marijuana can’t be good for a growing fetus?

Your concerns are quite valid. However, it is not possible to give a definite answer to the question of safety at this stage. Most studies done show an increased risk of premature birth and a modestly reduced birth weight of about 300 grams below average. The problem is that many women who smoke in pregnancy also use ordinary cigarettes and drink alcohol, both of which can cause similar effects. Some also use “hard” drugs such amphetamines and “ice” (methamphetamines), which are likely to be noxious to the fetus. Good long-term studies are not available as many users are itinerant and move away before they can be followed up. However, prohibition would lead to increased criminal activity, as did the banning of alcohol in the US in the 30s.

Nobody should use cannabis as it has been shown to cause psychosis and the effect is not dose-dependent. Some people succumb within the first three months of use, others much later or not at all. We cannot conclusively say it is “safe” at any stage including for the fetus. It would also likely cause increased post-natal depression in the mother.

In any case, the risk of harms both for the baby and the mother are likely increased, and since there is little evidence to the contrary, a recommendation to cease or at the very least decrease use of cannabis before, during, and after pregnancy would be advised.

The schedules list the prescribed quantities for legal purposes. It is illegal to keep, use, grow, sell or give away cannabis, cannabis oil or cannabis resin. Minor offences relating to personal possession or use of cannabis or cannabis resin or related smoking equipment by adults can be dealt with by paying an on-the-spot fine, which means you avoid a criminal conviction.